Your calculator may say 5,818, but the real answer is 2020. This year has turned into a combination of those three historic years. In the US, we have

An economic recession that could inspire major political change, as in 1932, and

The good news: we’re not also engaged in a military conflict, as was the case in 1918 and 1968. But we have lesser involvements around the world, any of which could blow up any time. (Let’s hope they don’t.)

With history unfolding before our eyes, people naturally want to stay informed. Many also doubt the news media, convinced it is biased against their side.

That’s not entirely wrong, but not because of their political alignment. The delivery method matters, too. I have found TV news networks, if watched regularly, will actually make you

It doesn’t really matter if you watch CNN, Fox, or MSNBC. The medium is a bigger problem than the message. Last week’s jobs data gave us a perfect example.

Is U.S. Housing Headed For Another Bust?

In April, the US economy lost a reported 20.7 million jobs and had a 14.7% unemployment rate. This was widely expected to worsen in May.

Yet the May release showed improvement: 2.5 million jobs gained and the unemployment rate falling to 13.3%.

But that wasn’t quite right. A footnote in the report revealed the government had made a “misclassification error.” Had it not occurred, the unemployment rate would have been 16.3%, not 13.3%.

In either case, these are horrible numbers. Job destruction is happening far faster and is far deeper than in previous recessions.

May’s slight recovery wasn’t even a dead-cat bounce, but more of a thud. The two months combined still show a net 18.2 million jobs lost. And even more if you account for that “misclassification error.”

But reality didn’t stop the narrative. President Trump even hailed the report “a great thing.”

That’s not remotely true. Trump said it because these job losses are a serious blow to his re-election chances. He wants voters to think the economy is coming back strong. Maybe it will, but the data doesn’t show it yet.

As a financial news network, CNBC doesn’t really care who is president. It just needs viewers to 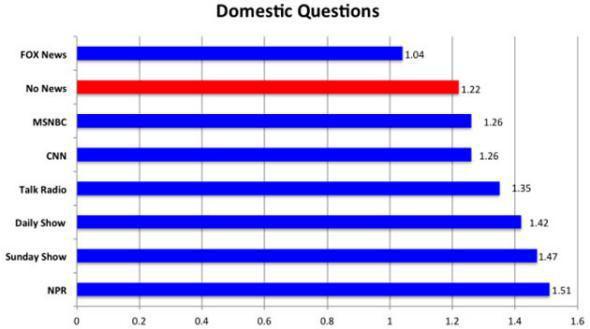 , so they will keep watching.

So, looking at the same report, CNBC produced this chart.

If your goal is to portray a “V-shaped” recovery, this is a good way to do it.

The line shows each month’s job growth, or lack thereof, which was relatively small for a long time. Recently it was huge. And, by the official numbers, April was a big loss and May was a smaller gain. That’s an improvement. It is not a recovery unless it happens eight more times.

CNBC viewers who don’t know the background may have seen this chart, maybe heard Trump’s remarks, and believed the worst is over. But many millions are still unemployed and the extra benefits that have kept them afloat will expire soon. Their situations are getting worse, not better.

CNBC has some good journalists who try their best. This graph ought to embarrass them. It makes viewers

But on TV, where selling commercials is imperative, they have to keep the viewers engaged.

I haven’t verified those numbers. I presume they’re correct. But what do they really tell us?

Investors have been bidding up stock prices even as thousands of people are in the streets demanding equal justice for all. One does not seem to affect the other, nor did it in the past incidents that the graphic cites.

But that really shouldn’t matter to anyone except short-term traders. Fox News has a broader audience. How was this knowledge supposed to help them?

I don’t know, nor does Fox News. The network quickly apologized for the graphic and said it should have included “full context.” They didn’t say what the right context would have been. As it happened, the message was that race-driven civil disorder isn’t necessarily bad for your portfolio.

These are nuanced points worth discussing, but TV probably isn’t the right place to do it. “Context” is not their strength.

TV news networks have very little news and a great deal of argument and drama. That’s a consequence of their business model, which incentivizes them to attract a large visually-driven audience. It’s not conducive to the kind of deep understanding you can get from

The news channels occasionally break big stories, and are valuable in fast-moving situations. But regular consumption is similar to having ice cream for dinner every night. It feels good, but has negative long-term effects.

I spent years with a TV in my office so I would know immediately if something big happened. Then I would watch more in the evening. Breaking that habit had amazing results. I’m more productive and, because I spend more time with deeper news sources, I think I’m

So here’s a challenge.

Whatever network you like, try going without it for a week. Or even one night, if you’re a heavy user. You may find you were missing a lot.

My partner John Mauldin predicts an unprecedented crisis that will lead to the biggest wipeout of wealth in history. Most investors are unaware of the pressure building right now.