How to Watch Naruto Shows and Movies in Order & Without Fillers

Naruto is one of the best and most successful manga and anime series to ever reach the world. There are multiple series and movies you can watch, and we’re going to help you figure out how to watch it all.

We know that diving headfirst into a series that’s been around for so many years can be daunting, especially with the number of episodes they all have.

Nonetheless, following Naruto, Sasuke, Sakura, and Kakashi’s story, as well as all the other characters, what this wonderful universe has brought to us is quite a journey.

Naruto episodes fall under several genres as they are all twined together with great craft – adventure, fantasy, and martial arts. The targeted demographic of this anime is young teenage boys, but anyone can, obviously, watch.

When Was Naruto Released?

Originally, Masashi Kishimoto wrote and illustrated two one-shot mangas in 1995 – Karakuri, and 1997 – Naruto. Starting with 1999 and through 2014, Naruto became a series.

In 2002, the manga was adapted into an anime TV series that ran through 2007 with 5 seasons. A sequel, Naruto: Shippuden, premiered in 2007 and ended in 2017 after 21 seasons. The story continues with Boruto: Naruto Next Generations. Between all these series, they’ve also made quite a few movies. Read –

Is Boruto Worth Watching?

How to Watch Naruto in Order

, mixing in the series and the movies. With close to 1,000 episodes, it’s going to keep you busy for a while. We’re also going to mix in the OVAs (original video animations).

While we’re not going to mention these, you should also make sure to read the mangas. These series do a pretty good job at covering the original content, but it might do you well to also read these.

How to Watch Naruto Without Fillers?

It is known that anime shows have loads of filler episodes, which are not that important to the storyline. If you wish, you can skip these and win some extra watch time, especially in Naruto Shippuden:

How Long Will It Take to Binge-Watch?

Binging on new shows you love is something that we can all understand. So, let’s see how long it’s going to take for you to watch all the series.

Of course, the times above do not take into account any sleeping or eating habits, and certainly no work or school times, so you’ll certainly take a lot longer to watch them all. Add the movies to the list, and you’re going to take even longer to binge everything.

Can You Watch Naruto on Netflix?

Yes, it’s possible to watch Naruto on multiple platforms, including on Netflix. It does depend on where you live, of course, since Netflix does not have the same content everywhere it’s available. 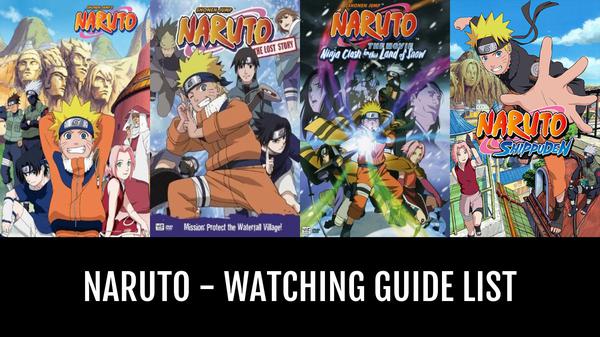 Naruto is available to watch on numerous platforms. When it comes to international services like Netflix, if the show is not available locally, you can use

to connect to a server from a country where it does appear in the library.

How to watch Netflix with ExpressVPN

Here are some options to watch Naruto right now on

Can You Watch Naruto on Funimation

Yes, Naruto is present on Funimation, but only the first, original series.

Can You Watch Naruto on Crunchyroll?

Where to Watch Naruto With Subs or Dubs?

When you’re watching anime series from anywhere outside the country of origin, you’re likely going to need to watch with subtitles or dubs, unless you are planning on learning a new language.

When it comes to Naruto, there are a few options available for you.

Yes, watching Naruto offline can be done. If you’ll watch Naruto on

also offers offline viewing for those interested. Videos can be downloaded on iOS and Android devices by Premium Plus subscribers (

) and Premium Plus Ultra users (

Naruto is certainly a game-changer when it comes to anime, but there are other shows you may like if you enjoyed this one. Here are some other options:

Is My Hero Academia Better Than Naruto?