How to Watch Less TV

I’m not someone who thinks TV is bad, but I recognize that it can easily absorb a whole afternoon if you’re not careful. Studies have shown that watch TV produces alpha waves, which are the same waves produced when you meditate. That’s why it’s so easy to watch a night of silly sitcoms without realizing it.

At the same time, I find that some shows get me thinking and create interesting conversations. I don’t want to give up TV entirely – there are certain shows my husband and I enjoy together – but I do want to watch less junk. I also wouldn’t mind cutting my cable bill.

Here are my tips for learning to watch less TV:

Last spring I kept a viewing log for a month in order to pinpoint my viewing habits. Right now it’s more challenging to figure out which shows you do actually want to watch because so few of them are on, but a cable log is still a good way to keep track of where you’re wasting time.

When reviewing my log, I discovered that I intentionally viewed about 50 hours of TV a month, but the TV was on for 85 hours. I also discovered that I never watched several of the premium channels we subscribed to. Those have now been cancelled. Of those 50 hours, probably 16 of them were the

. I discovered that I had a lot more free time when those two shows were off the air this winter, but I also really missed them! Now that they’re back, I watch them during dinner. 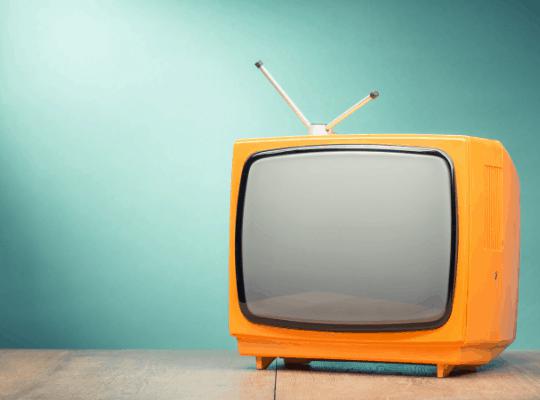 Set an Appointment to Watch TV

If there are specific shows you like to watch, make an appointment to watch them. Turn the TV on when the show starts, then turn it off when the show is over. In the fall, I was down to five shows a week (plus DS and CR). At this point, I watch 3-4 a week, but soon that will be just one or two. When/if TV returns in the fall, I plan to stick to just 3-4 shows a week.

If you tend to channel surf when you’re bored, make the remote difficult to access. Keep it in a box across the room or another room entirely. Serious TV addicts might want to lock it up. That will force you to think about whether or not you really want to watch TV. If you’re just trying to kill time, do something else. Read a book, exercise, play a game with your family, do something other than letting yourself lose four hours to mindless TV viewing.

With most past seasons of popular shows now available on DVD, you can cancel cable and then rent the DVDs when it’s convenient for you. Even shows like MythBusters and Food Network series are on DVD. Your library, video store, or Blockbuster and Netflix most likely have many of the shows you’d want to see.

By cancelling cable, you also give yourself fewer options for channel surfing. If you don’t have a digital television, you’ll need to buy a digital converter by February 2009 or you won’t be able to receive any television. The government is operating a

to reduce the cost of the converters. Of course, if you want to stop watching TV entirely, cancelling cable and using an analog television without a converter will be a great way to go cold turkey!

My best friend doesn’t have cable and only watches a few network shows, so she uses a 13-inch TV. The screen is so small that it doesn’t encourage lazy viewing. If you find yourself watching too much TV, buy a smaller TV and then sit all the way across the room. You’ll probably find yourself watching very little TV after a week of miserable squinting.

I was able to watch less TV simply by being more aware of my viewing habits, but you might need to take more drastic action if you have a serious TV addiction.