How to Turn Your Smartphone into a Universal Remote Control

Smartphones are more than just a smartphone. They are as smart as they can control most of your remote controlled devices like TV, Home Theater system, DVD Players and other IR(Infrared) controlled devices. Smartphone is a smart platforms on which apps are embedded to play around with it the way we want and there are ultimate sources of

available nowadays and most of the apps are free to use on your smartphone.

You can also turn your smartphone into a Universal Remote control to control your devices. There are some apps for Android and

Here are the few steps you need to do before controlling you TV with your smartphone.

1. Go to Android Play store for android smartphone or itunes for iOS and search for universal remote app and install the app like 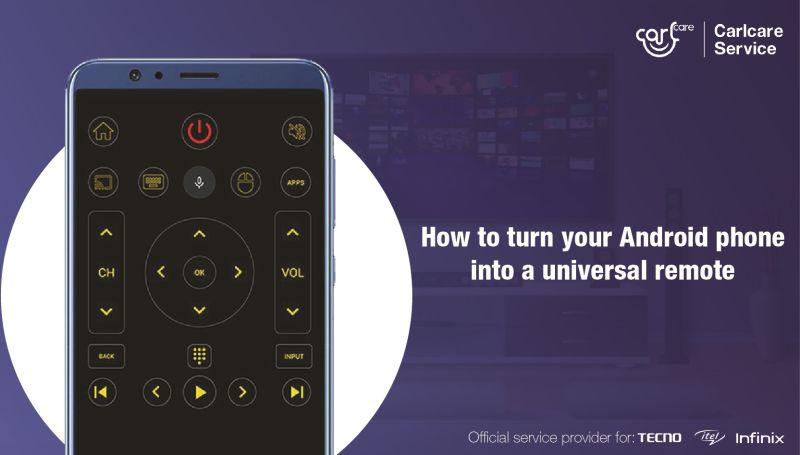 3. Half of the setup is complete here. Once you’ve installed IR transmitter and app, now run the app on your smartphone and go to setup and select the device from the list e.g. TV or any other device you want to control.

4. Now point IR transmitter attached to your TV and press Test button repeatedly until your TV turn on. Whenever you TV turned ON, save that setting for your TV and complete setup. Now you are able to control your TV with your smartphone.

5. You can repeat the same procedure for other devices to setup with your Universal Smartphone Remote control. You can remove the IR transmitter and reconnect it whenever you want to control your TV with your smartphone.

Turn Your Smartphone into a DIY Microscope for Under Just $10