How To Cope When Your Favorite TV Show Ends

was last night as I am sure you all know because regardless of whether or not you watch the show, everyone you know was like, “OMG DO YOU WATCH

watchers are an annoying demographic but I’d like to argue that anyone who watches a TV show you don’t is probably just as annoying. TV is serious business, thus making it my favorite kind of business.

I actually haven’t watched either part of the Breaking Bad finale because I want to prolong the time this show is a part of my life for as long as possible. It’s the same reason Alex hasn’t watched the entire fifth season of

despite her love of Riggins. #TexasForever

ended. Like most people I was dissatisfied with the cop out ending, yet it was still hard to break ties. I had committed to watching six seasons and when it was over, I felt an emptiness awash my soul like a tidal wave washing your bikini top away. It was

This feeling is only second to when one of your favorite shows is abruptly cancelled. There are few shows I stuck with to the very end:

to name a few and each time a series ended a tiny little hole was left in my heart. Here’s how to deal when your favorite TV show ends.

But Riggins you were so dumb and so drunk and so hot, how could you leave me :(?

“Really? That’s how it ends? WHATEVER. I WASTED 5 YEARS ON THIS?!” Feelings of resentment toward show-runners, executives and producers are perfectly natural. Angry tweets, viscous Tumblr rants and spewing vitriol on popular forums are an acceptable form of venting. You’re not really mad at the show, you’re just mad that it left you. It’s OK, BB. 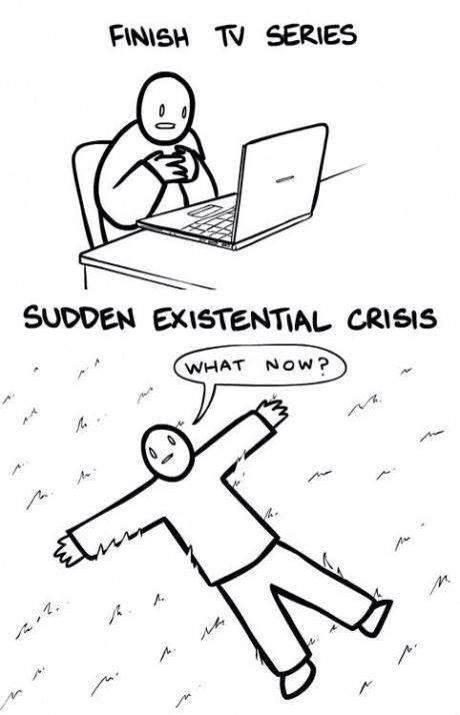 3.) Rewatch the first few episodes, then give up.

You’re always trying to recreate that first initial high. Nothing will replace that victorious feeling of, “They killed Tuco!” It simply cannot be mimicked. You’ll attempt to put yourself in the mindset of a fresh viewer who has not yet experienced the emotional roller coaster of that special epic show, but you’ve seen it all. You’ve been there, you’ve done that and it’s just not the same. You can watch it again and get pleasure out of the experience but it just won’t be like the first time.

need to talk about it.

So you shut it out. You stop talking about your beloved. You stop shipping the characters. You stop visiting the message boards. It’s over . . .

but it’s time to move on. You’ve given your BB all you can: time, love and dedication. But he left you anyway. There are plenty of excellent television shows premiering or restarting this fall season. You’ll find a new fandom and if it’s

How I Met Your Mother, The Simpsons

, then you can take solace in knowing it will never ever end.

SNL Spoofed HBO’s ‘Girls’ Last Night, and It Was Amazing

Join us and receive latest news from College Candy.