All of us are living through some hectic times at the moment and many of the industries that came to a standstill initially are finding new footing working from home. One such industry is anime, and we're glad that shows are able to continue safely. With that said, why don't we take a look at some of the up and coming Shonen series that are likely due for an anime adaptation?

The Top 10 Worst Shonen Characters Of All Time, Ranked

We're talking about Shonen Jump series exclusively, and while we're at it we might at well hazard a guess or two at which popular animation studios would do the best job with these franchises. So without further ado, let's hop right in!

Let's start things off with a show that's already confirmed to have an anime adaptation coming in late 2020. Or, more accurately, they were going to have it come out in late 2020. The original plan was for October, but with everything that's going on, no one is sure that'll be the case anymore.

is one of the most unique Shonen series anyone has seen in a long time, and the entire fan community is excited for industry giant Mappa to come in and do the occultic franchise justice.

is a series that

. Usually, a series about method acting. deep emotional and intrapersonal issues and the toll acting takes on a single woman wouldn't really be something on the front cover of a magazine targeting teenage boys, but

hasn't published some odd works every now and again

is a fantastic story with well-written characters, but it's most known for its beautiful linework and expressions, so its only fair for a team renowned for their style and "camera-work" to come in for this job. Of course, the team in question is Studio SHAFT, the group that mastered the three-quarter turn with series like

Next up is another uniquely odd series that has been steadily growing in popularity since its first chapter,

is actually quite the apt title since it's the codenames for the main two characters "Undead" and "Unluck" (otherwise known as Andy and Fuuko.

These Negators quite literally "negate" various concepts such as the concept of "luck" and "life", which is both super weird and unique for a Shonen Power system. Personally, there's a lot of different powers being showcased in this manga, and one company that excels at chaotic action is Studio Bones with shows like

Writing a consistently funny comedic Manga is deceptively difficult. Many of them end up relying on the same exact joke and it gets old quite quickly.

seems like it'll be like that at first, but the more one reads, the more they see that

universe has tons of different magic in it, allowing for all types of hilarious scenarios.

Shonen Jump: 5 New Rising Series To Read (& 5 That Are Circling The Drain)

And, of course, a comedic anime that everyone knows is

animated by Studio Deen. So it goes without saying that anyone would put this studio first on the list for adapting

, though TMS Entertainment might be a good choice as well considering they adapted

all about absurd levels of muscle performance

This is a bit early to guess, but

Genuinely reads like nothing Shonen Jump fans have read before. It's a series potentially about plagiarism, the in's and out's of being a mangaka, and time travel via microwave. But, more than that, it's about the struggles of artistry, and how each artist struggles with the stories they want to tell.

With ever new chapter of this series the mystery grows deeper and fans fall more in love with the characters. It reminds us of another time-travel series that includes microwaves,

So. White Fox, the studio behind it, would be perfect for newcomer series.

the other premiere bizarro Shonen series of this current generation 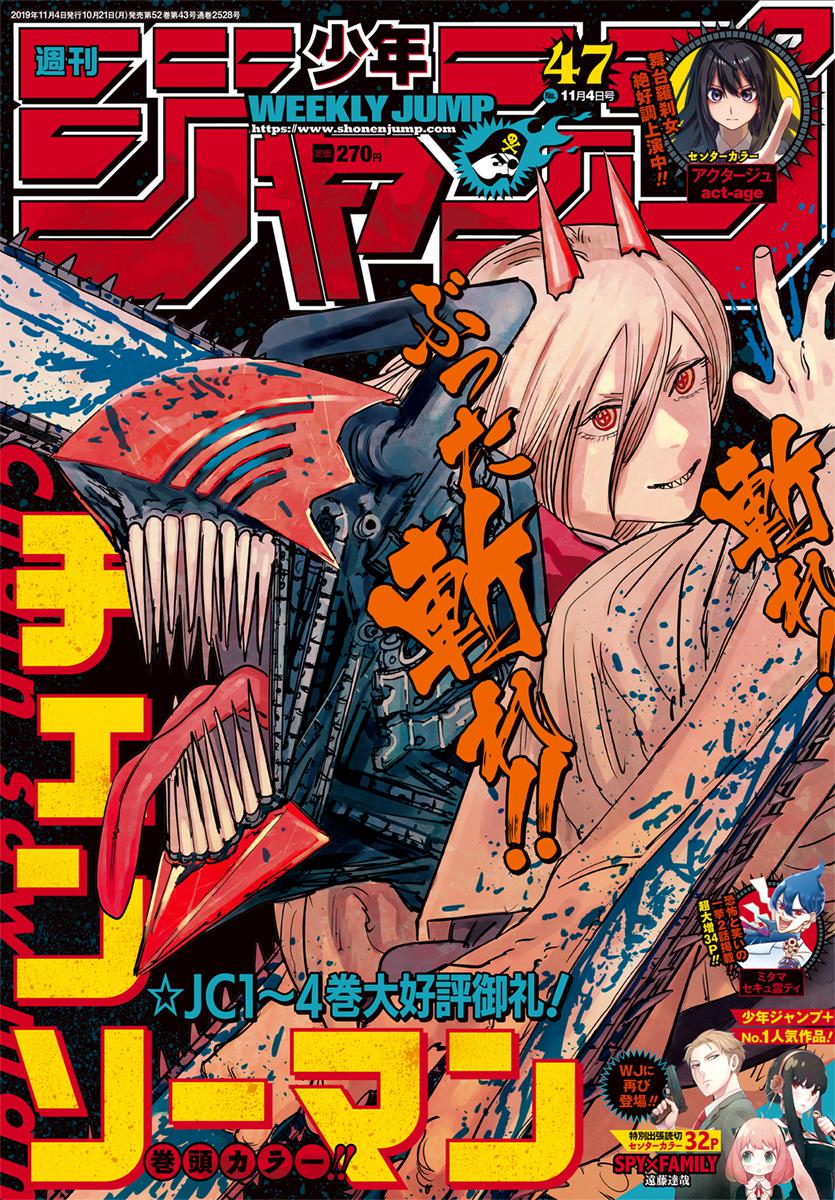 it has to do with the occult and spirits. In this world, Demons that represent the "fears" of humanity ravage the world, with the Gun Demon being the most fearsome and powerful of them all.

Thankfully, a crass, plucky, and downright stupid kid named Denji becomes one with the Chainsaw Demon and fights back. This series is overly violent, obtuse, hyper-sexual, and cruel, which is why, once again, Bones should animate it. It'd be both right up their alley and something brand new for them, and the community would love to see their take on it.

has to be ending soon, with every new chapter it seems like they're trying to tie up any last loose ends. And, fans wager that the series will be finished before 2020 is over. Not that anyone wants that, of course,

is one of the best spin-off series ever made with an MC that is arguably more interesting than Deku due to his underpowered Quirk that slowly becomes more powerful with time.

takes a look into the smaller scale ecosystem of the

universe, and while it would be easy to say that Bones should just animate it since

they already do an amazing job with MHA

, David Productions would do an equally amazing job. This is the team

and they're known for their hyper-accurate adaptations, which is the minimum

is the newest series on this list, so it's very early to be speculating on its anime adaptation, but still, it's a series that'll get there eventually.

has a lot of things that are commonly seen in popular Shonen Series, an aloof but strong MC, a budding romance with his childhood friend, constant battles with Demons/Yokai, Shinobi/Ninja Arts, and tons of fanservice.

Plus, the art is highly detailed and relatively unique compared to everything else out right now. As such, JC Staff or Studio Perriot seems like the best teams to give this series life since both studios are known for adapting series with beautiful artwork like

is another comedic series, in fact, there are quite a few running right now in Shonen Jump. The series is beloved by the fans for its unique artwork and great single-image jokes.

And, while it may come off like a broken record, it's obvious that this series should be animated by Studio Deen as well. Though, Sunrise could pull it off equally as well considering they did 201 episodes of

, one of the all-time comedic greats.

And finally, let's cap things off by talking about one of the most well-drawn manga anyone has seen in years.

is beautiful, and not just stereotypically beautiful, it's breath-taking. Plus, it's one of the most heartwarming yet hilarious stories fans have read in a long time.

This surprises most people since the summary talks about a fake family made up of a super-spy, a deadly assassin, and an orphaned telepath. But, with every issue comes new challenges for this family, and all of them are tackled with a surprising blend of subtlety and hilarity. TMS Entertainment might be a perfect studio to capture this art style since they've done a fantastic job