The Basics of Film Aesthetics – Plot and Theme

the mission statement of this blog

, I indicated that I would be approaching the field of film criticism from the perspective of a particular school of aesthetics – Romantic Realism. But, in order to establish what is meant by “Romantic Realism”, to explain its principles and apply its methods of analysis, there is a little background work that must be done first. There is a hierarchy to any field in philosophy, and we can’t begin with Romantic Realism without first discussing aesthetics as a whole, particularly in the context of film. This is the purpose of my first post on aesthetics – to define precisely what is meant by “film aesthetics”, and to provide a foundation on which we can build more complex ideas.

The first question that we will ask is, “what is aesthetics”?Aesthetics (or sometimes, “Esthetics”) is a fancy word for, “The philosophy of art” and seeks to answer the questions pertaining to the definition of art, its role in man’s life, and by what standards works of art can be judged (if any). Different schools of aesthetics have different answers to these questions, and we will not delve into those at this primordial stage of our discussion, except to say that it is important to realize that a certain aesthetic perspective does not arise from a philosophical vacuum, but instead follows from more fundamental philosophical views. Hence, aesthetics is often related to and dependent on other important ideas.These relationships can be very fun to explore, and may be the subject of future aesthetic posts.

While multiple schools of aesthetic thought exist, there are common concepts throughout the field that are fundamental. In all of art, whether a painting, poem, symphony, or film, there are two fundamental aspects of a particular work that we can identify:

the artist shows it. The “what” is referred to as the “subject” and the “how” is known as the “style”.

The forms on the painting, words of the poem, notes of the symphony, and what appears on screen in a film are all subjects. No matter how definite or abstract, a piece of art must provide us with something to experience at the sensory level, and that which we experience is the subject.

Distinct from the subject is the piece’s style, which comprises the many methods used by the artist to convey the subject to us. Obviously, a piece’s style is largely determined by its medium, and particular forms of art will be associated with particular styles. But, within particular media, there exist myriad stylistic choices which seek to have an effect on the audience and show the subject in a specific way. It is the harmony and interplay between subject and the style which produces the characteristics of a piece of art which generate passionate responses from an audience. The expertise of an artist is to unify a stylistic choice with the subject he wishes to portray and effect a unique message or statement.

Since this is a blog focused on the moving pictures, it is critical to enumerate the specific concepts in film used to generate both subject and style (although not exhaustively, we’d be here practically forever). In film, the subject is created through use of story-telling concepts like plot, characterization, and theme. Plot, as defined by Ayn Rand, is “a purposeful progression of logically connected events leading to the resolution of a climax.” (

, The Romantic Manifesto, p82) Characterization involves the process of creating and displaying characters in the story – introducing us to the people who are important to the story and plot and showing us how they react to the events around them. And, finally, the theme of a work is its overall goal or focus; it deals with not what the film shows or how it shows it, but instead what it means to say – what its purpose is.

The style of a particular film is a little more difficult to sum up in such succinct terms, if only because while the concepts involved in generating a subject are fairly broad and limited, those detailing the style of a film are quite specific and numerous. Elements of a film’s style include, but are not limited to: cinematography (which has many sub-parts such as composition, aspect ratio, camera movement, black and white vs. color, etc), acting choices, direction, use of voice-over, method of story-telling, and even the specific choices made in editing the film, which are numerous. Critically, it is the interaction between a film’s subject and style which provides us means for informed analysis of cinematic aesthetics.

Superficial analysis of a film often leaves much to be desired, and while there is some value and merit to merely providing one’s opinion on the worth of film, a proper understanding of subject and style provides us a more objective approach to analysis. This process entails first identifying the subject of a film, especially its theme, and then analyzing how the particular aspects of style are used to express that subject.

As a simple example, we could take Steven Spielberg’s 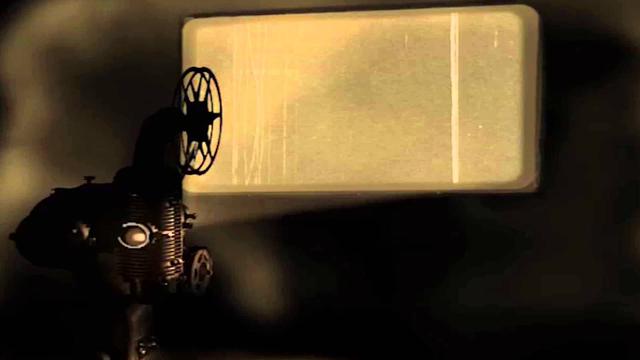 im tired of seeing people call movies bad just because they dont like the characters/ think it’s inappropriate. you… https://t.co/eLBabqMRpR

and his choice to shoot the film in black-and-white instead of color. In terms of the subject of this film, there is clearly much to say, but it will suffice to identify that the plot deals with Nazi concentration camps, many characters in the story are subjugated, and the theme directly pertains to the response of the human spirit in times of great horror and adversity. Given this subject, Spielberg’s decision to show his world in black-and-white has two effects relating to the subject: it creates a bleak, joyless world (the director himself has noted that he sees color as a symbol of happiness), and also establishes a stark contrast between the corrupt and the virtuous characters in the film. Hence, we see that a single

Films that are able to accomplish such artistic feats are deserving of our praise and admiration for uniquely utilizing the tools of its medium (style) to tell a compelling, important story (subject). When we analyze a film, it is important for us to look beyond whether we enjoyed it or not, and instead attempt to appreciate its artistic merits, and determine why it elicits that particular response. And, it is absolutely critical to realize that those are two distinct concepts: one may evaluate a film as “great” while simultaneously contending, “I didn’t really like it”.

It is the focus of this blog to remark on each idea by providing both well-reasoned arguments and impassioned opinions on films.

Thank you for reading this piece on film aesthetics.If this interested you, please leave a comment with

you’d like to see discussed on this blog.You may find these other aesthetics-heavy pieces of interest: