Rotten Tomatoes and the Tomatometer score are the world’s most trusted recommendation resources for quality entertainment. As the leading online aggregator of movie and TV show reviews from critics, we provide fans with a comprehensive guide to what’s Fresh – and what’s Rotten – in theaters and at home. And the Tomatometer is just the beginning. We also serve movie and TV fans with original editorial content on our site and through social channels, produce fun and informative video series, and hold live events for fans across the country, with our ‘Your Opinion Sucks’ live shows. If you’re an entertainment fan looking for a recommendation, or to share an opinion, you’ve come to the right place.

What is the Tomatometer®?

The Tomatometer score – based on the opinions of hundreds of film and television critics – is a trusted measurement of critical recommendation for millions of fans.

Back in the days of the open theaters, when a play was particularly atrocious, the audience expressed their dissatisfaction by not only booing and hissing at the stage, but also throwing whatever was at hand – vegetables and fruits included.

The Tomatometer score represents the percentage of professional critic reviews that are positive for a given film or television show. A Tomatometer score is calculated for a movie or TV show after it receives at least five reviews.

When at least 60% of reviews for a movie or TV show are positive, a red tomato is displayed to indicate its Fresh status.

When less than 60% of reviews for a movie or TV show are positive, a green splat is displayed to indicate its Rotten status.

When there is no Tomatometer® score available, which could be because the Title hasn’t released yet or there are not enough ratings to generate a score.

What is Certified Fresh?

Certified Fresh status is a special distinction awarded to the best-reviewed movies and TV shows. In order to qualify, movies or TV shows must meet the following requirements:

A consistent Tomatometer score of 75% or higher.

Films in wide release must have a minimum of 80 reviews. This also applies for films going from limited to wide release.

Films in limited release must have a minimum of 40 reviews. 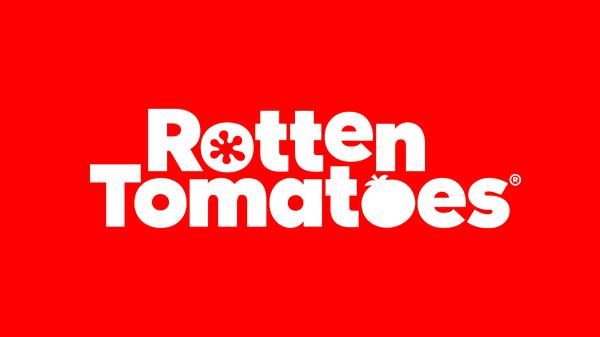 Only individual seasons of a TV show are eligible, and each must have a minimum of 20 reviews.

The above requirements for Certified Fresh status are only the bare minimum a film must achieve to qualify for the distinction. A film does not automatically become Certified Fresh when it meets those requirements. The Tomatometer score must be consistent and unlikely to deviate significantly before a film or TV show is marked Certified Fresh.

A movie or TV season that loses Certified Fresh status can regain it by reaching a consistent score of 75% or more and meeting the other minimum requirements.

Rotten Tomatoes has assembled a team of curators whose job it is to read thousands of movie and TV reviews weekly. The team collects movie and TV reviews from Tomatometer-approved critics and publications every day, generating Tomatometer scores. Our curators carefully read these reviews, noting if the reviews are Fresh or Rotten, and choose a representative pull-quote. Tomatometer-approved critics can also self-submit their reviews.

What is the Audience Score?

The Audience Score, denoted by a popcorn bucket, is the percentage of users who have rated the movie or TV Show positively. For films to which we can verify users have bought tickets, the Audience Score is made up of Verified Ratings.

When at least 60% of users give a movie or TV show a star rating of 3.5 or higher, a full popcorn bucket is displayed to indicate its Fresh status.

When less than 60% of users give a movie or TV show a star rating of 3.5 or higher, a tipped over popcorn bucket is displayed to indicate its Rotten status.

When there is no Audience Score available, which could be because the Title hasn’t released yet or there are not enough ratings to generate a score.

When you see this next to a review it means we’ve confirmed the user bought a ticket to the movie.

We’re all about debate and discussion at Rotten Tomatoes, and want to know what our fans think. For our community code of conduct, click