(MPAA) is the self-regulatory body for the film industry. It is the American branch of the Motion Picture Association, and was actually founded before the MPA, back in 1922. At that time, the film industry was subjected to criticisms about its content, even though films at the time were still silent. The MPAA convened to deflect this criticism and also to help unify and regulate the film industry.

For the first 40 years or so, they did this with an Old Testament style mandates list. Thou shalt make good films; thou shalt not include obscenity, and the like. The rules were compiled in the Hays Production Code. These guidelines were based on common sense and the social sensibilities of the times, and they gradually accumulated over the years. However, during the cultural changes that took place in the 60’s, these guidelines became limits that film makers felt it was their artistic duty to push.

In 1966 the conflict between film makers and the MPAA came to a head. One of the films cited as an impetus for change was the film Blow-Up; it was the first major production film that also featured nudity. The film was denied a seal of approval, which was necessary for a film to be distributed by a member of the MPAA. The company distributing the film bypassed that restriction by releasing the film through a subsidiary, which created waves in the industry.

The result of this was the abolition of the Production Code. Even the president of the MPAA at the time felt that the Production Code smacked of censorship, and wanted a better alternative to regulating the film industry. After months of negotiations, the first incarnation of our modern ratings system was unveiled to the world. The ratings system seemed to please all parties. It allowed film makers the right to include whatever they felt necessary for the artistic integrity of their films in them. It allowed parents a system of easy categorization so they could choose which films were appropriate for their children. It gave the government the tools to restrict access of children to material that was inappropriate for them. And it gave the MPAA reason for continued existence after film companies began openly flaunting the old regime. 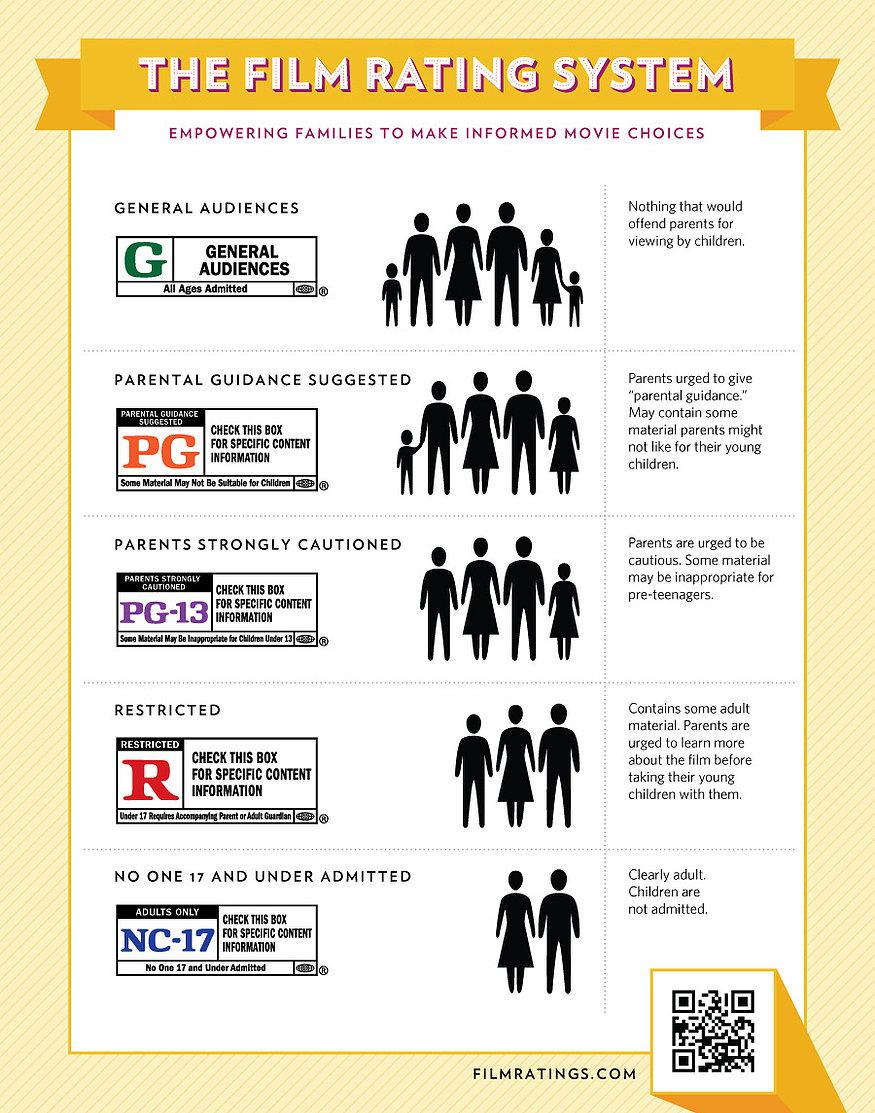 @reisner_steven Ugh. I *never* pay attention to movie ratings or reviews. I like to make up my own mind. 🤷🏻‍♀️ Just… https://t.co/xhEd0hQZ3E

The MPAA’s initial rating system featured four ratings. G was for general audiences, anyone could go to the movie. M was for mature audiences, parents were cautioned but anyone could come to the movie. R was for restricted audiences, children under 16 needed a parent to get in. (this was later changed to 17) X rated movies were for adult audiences only. The initial rating system fell short because parents felt more strongly against M rated movies than R rated ones, even though the reverse was intended. So later the rating was changed from M to PG. In 1984 the PG category was subdivided into PG and PG-13 movies, which was intended to let parents know that some movies may be suitable for older children, but not younger.

Today any movie commercially released in America features a rating. The rating is comprised of the rating symbol (G, PG, PG-13, R, or NC-17) along with a brief description of why the film received that rating. Common reasons cited are violence, language, nudity, sexuality, drug use, and adult situations, but that list is far from comprehensive. The intent is to allow parents to make a good decision about which movies are appropriate for their family based on the content of the movies. For example a parent may feel comfortable letting their child watch a movie that is PG 13 for adult situations and language, but not one rated the same for violence and sexual context.

The MPAA has a rigorous review system in place for all films submitted to it, as well as parental resources. One example is their red carpet ratings system, which emails parents the ratings information for movies coming out every week. For more information on film ratings, how they are derived, and what they mean for your family, please visit the