Availability: Microsoft Films & TV is currently available in the following 21 countries: Australia, Austria, Belgium, Brazil, Canada, Denmark, Finland, France, Germany, Ireland, Italy, Japan, Mexico, Netherlands, New Zealand, Norway, Spain, Sweden, Switzerland, the United States, and the United Kingdom. Available features vary by country and by device. Microsoft Films & TV does not support Windows Phone in Japan, the purchase of TV shows is not currently supported in Belgium, and closed captioning is available in the U.S. only. Not all Movies and TV shows are available from all studios, in all languages, or in all countries. Free movie weekends are not available in all countries. On the Xbox One and the

is not available in all countries.

Usage Restrictions: The Microsoft Films & TV app allows you to watch movies and TV shows purchased from the 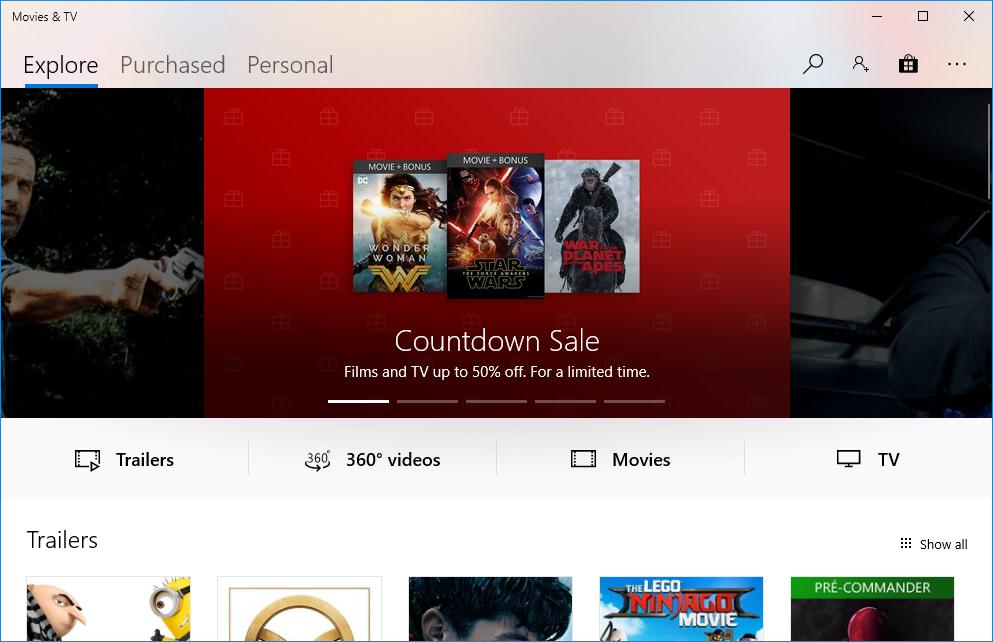 on Windows, Xbox and Microsoft.com, as well as Films & TV shows previously purchased on Xbox Video or Zune Marketplace. TV shows can only be purchased, not rented. If you rent a movie from Microsoft, in most cases you will have 14 days to start watching the movie. And once you start watching, in most cases you will have a 24-hour window to finish watching the movie. After the rental has been viewed, or the time limits have been reached, the movie will automatically disappear from your collection. Free movie weekends are typically only viewable for a three day period. For more service usage rules and restrictions,

**When you purchase a TV Season Pass, you will receive all available episodes, future episodes, and bonus content (if available) for that season. You can download or stream all available episodes from your library promptly after purchase. If you purchase before or during the season run, your account will automatically update with the latest episodes as they become available. For most shows, updates occur the day after an episode airs, though some exceptions apply, depending on the show’s digital release date (the date that a network makes aired content available in digital format). Sometimes networks do not release digital versions of episodes until after the entire season airs, or later. If you purchased individual episodes prior to purchasing a Season Pass, you will not receive a refund for such episodes. Season Pass availability varies by region.

© 2019 Warner Bros. Entertainment Inc. SHAZAM! and all related characters and elements are trademarks of and © DC Comics.