Appreciating the Artistry of Film

As a student of art history, I feel equipped to approach my film reviews for the Michigan Daily from a unique angle. Film is undeniably a form of art and artistic expression, but it can also be seen also as an amalgamation of various other art forms. Music, performance art, architecture, literature and poetry, these all coalesce in film. Visual art is no exception. The rules that govern the viewership of photography and painting are essential parts of the viewer’s experience of a film as well. Furthermore, visual artists have collaborated with filmmakers for as long as the two professions have existed. One example is “Un Chien Andalou,” a 1929 silent short film by Salvador Dalí and Luis Buñuel. Supposedly inspired by a dream of Dalí’s, The Andalusian Dog is known for the famous shot in which an eyeball is sliced across the surface by a straight razor. Dalí’s influence is strong. The surrealist imagery and “psychic automatism” (in the words of Andre Breton) are evident, especially considering the film’s source material; it was in the automatic nature of dreams that Freud sought psychological insight. I digress. The Andalusian Dog is merely one example of the history of film and visual art drawing from one another. In “High Life” (dir. Claire Denis), the final scene incorporates a work of art by Olafur Eliasson, representing the event horizon of a black hole. This fluorescent yellow line is a perfect conceptual end to a visually complex film and incorporates the artists own intentions and ideas about his work. The art historian is able to identify these roots and connect the derivative in film to its theoretical origins, comparing and contrasting that which is on the screen, and that which is on the canvas.

When I watch a film, I’m attracted or repelled primarily by attention to aesthetics. If the cinematography is uninteresting or bland, I’m turned off. The formal elements of film aren’t too different from the formal elements of art. The only difference: in film each frame itself is in conversation with these elements, while contributing to the greater dialogue between scene and scene, scene and design. I often return to “The Aftermath,” starring Kiera Knightley and Alexander Skarsgård, as an example of a film I strongly dislike though my dislike is not aesthetic. I was repelled primarily by the cheesy romance and cheap attempts at depth and connection with the viewer through a universal hatred of Nazism. Aesthetically, I see the film in a more positive light. A few scenes were shot in the Black Forest. Wintertime, the color palette of the scene was minimal, green conifers balanced with orange bark against a white blanket of snow. I especially appreciated the reverence given by Skarsgård’s character to a Mies van der Rohe chair in a timely shout-out to the Bauhaus school on its 100th birthday. In “The Aftermath,” aesthetics could not redeem a poorly formed plot or bad dialogue, but a bad screenplay shouldn’t negate the artistry and visual value generated by a keen cinematographic eye. The art historian should be especially attuned to the visual aspects of film, performing a continuous formal analysis of each frame, while noting the theories of art and aesthetics which may explain or add symbolic value to the film. 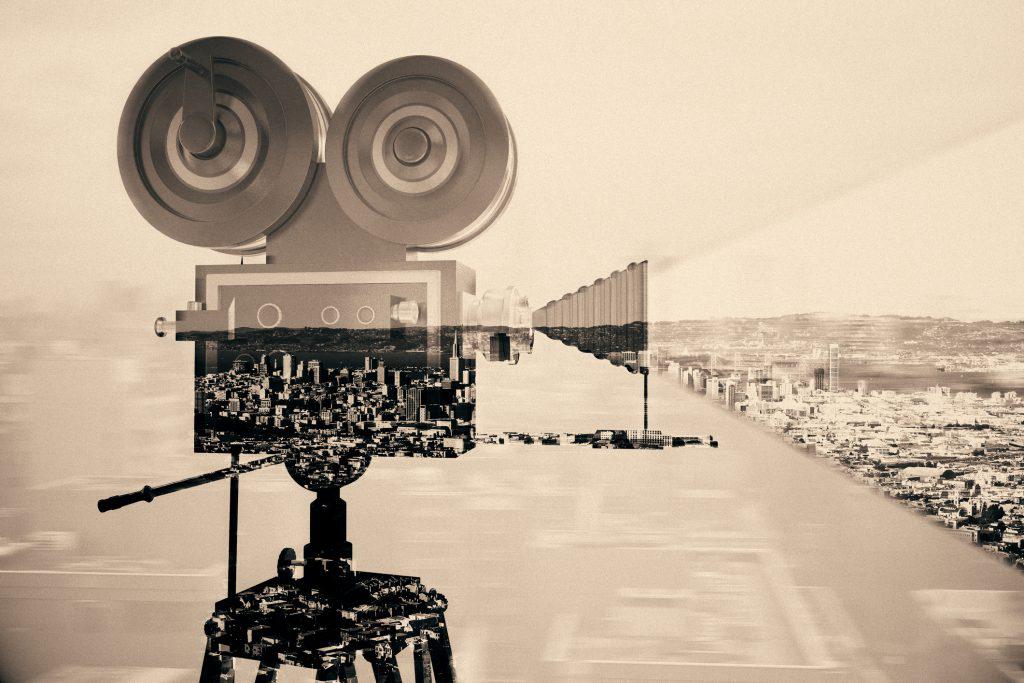 im tired of seeing people call movies bad just because they dont like the characters/ think it’s inappropriate. you… https://t.co/eLBabqMRpR

Personally, my interest is in color. “High Life” is a great example of a colorful film, Eliasson’s work being a prime contributor to this. I’ve recently seen “Her” (dir. Spike Jonze) and was stunned by the consuming and intentional colors. The film follows Theodore (Joaquin Phoenix) as he falls in love with an “OS,” an artificially intelligent personal assistant software, named Samantha (Scarlett Johansson). We know color has a long history of symbolic association. From the valuable and thus divinely associated ultramarine in the early modern period, to Seurat, to Kandinsky and Marc, color often has representative meaning. In her, a warm palette echoes the themes of love and passion underlying the film. The muting of colors contributes to a dreamlike, futuristic yet believable setting which dovetails cleanly with the plot. The continuity of palette in “Her” is remarkable and stands out in my mind as an excellent representative of color’s role in film. Nothing is garish, or vibrant. The viewer can easily imagine the film’s mellow and lonely protagonist seeing the world through a muted lens. Color can play into a dialogue between viewer and character through manipulating the environment. Symbolism does not need to be present, though in “Her” the muted reds, ochres, and umbers seem to likely represent Theodore’s search for warmth and love to quell his loneliness.

Each frame is in essence a photograph, governed by the same formal elements and rules as any other. The combination of these frames sets the elements of art in motion. Lines flow and connect. Colors blend, transform. Value is of great importance -- one of Film Noir’s defining characteristics is it’s high-contrast monochrome colors. Texture, too, can contribute to the tactility and physicality of a scene as it does for a painting or sculpture. Understanding how to analyze a work of art enables a viewer to see through the director’s lens and understand the formal choices the director made. While a film is more than the projected image, the art of a moving picture is rooted in the visual. Set and costume design for a stage production are no different. The image presented to the viewer contributes positively or negatively to the viewer’s appreciation of that which builds upon it -- namely dialogue and plot. I see soundtrack similarly, as an independent backbone supporting the scene and its players. In “Her,” Samantha composes a piece meant to represent her relationship with Theodore. I found this speaks to art’s mimetic abilities, while revealing Jonze’s goal for the film. “Her” represents human interaction in a technologically sophisticated world in the same way Samantha’s composition represents her connection with Theodore in their environment, given their circumstances. When I watch a film, I can’t help but analyze from the perspective of an art historian, and I believe this only deepens my appreciation of film as a work of art. There is great content which lies between the lines and behind the characters. Seeking this out can reveal thematic depth and cinematographic brilliance, which are in my opinion the most important parts of film.